The evidence is almost non-existent. Jesus saved that woman from being stoned to death, and Jesus saved Mary from something big, so some think the woman was Mary. Other scholars think Mary Magdalene was the woman in Luke 7. This nameless woman washed the feet of Jesus with her tears, and dried them with her hair. People at table with Jesus criticized him for letting this immoral woman even touch him. Jesus saw only the beauty of her act.

Third, and this cannot be denied, at one time, Mary may have lacked mental stability. In Luke we read that when Jesus healed Mary, seven devils had gone out of her. In most HR departments that would be a deal breaker. You would and I would not have chosen Mary to be the first apostle, but God did. Mary had several outstanding qualifications. Unlike the Apostle Paul, she was a follower of Jesus during his ministry.

Unlike the Apostle Peter, and most of the other male apostles, Mary followed Jesus to the bitter end. At the first sign of real trouble, all the male apostles save the beloved disciple forsook Jesus and fled. According to Matthew Mary Magdalene follow Joseph of Arimathea when he laid the lifeless body of Jesus in a garden tomb. In the text before us this morning, John records how Mary Magdalene became the first apostle. On the first day of the week, the day we call Sunday she was back at the tomb. Peter, and the other disciple, whom most people think was John the son of Zebedee, decided to check it out.

They both ran to the tomb. John was younger and faster, and he reached it first; but he did not go in. He stooped down and looked-in, and when he did, he saw what there was to see. He saw the linen cloths lying there, and the napkin, which had been on the head of Jesus, rolled up in a place by itself. Peter then pushed by John, and actually went into the tomb first. Some people say that because John saw and believed he was the first apostle.

That is not so! John was merely the first to have faith. When John saw the peculiar arrangement of the grave clothes he believed in the resurrection even before he saw the Risen Christ.

Blessed are those who have not seen and yet believe. The text says that Peter and the other apostle went back to their homes. Then Mary, who must have followed them back to the garden, went into the tomb and saw two angels in white sitting where the body of Jesus had lain.

Here in John, they say nothing, for as Mary is speaking to the angels, she turned and sawJesus standing there; but here is the kicker she did not know it was Jesus. At least four times in the resurrection narratives of the gospels, disciples see the Risen Christ and do not recognize him until Jesus himself does something to reveal his true identity to them. God looked upon Jesus an turned the body of his humiliation into a body of glory! God looked upon Jesus and turned his physical body into a spiritual Body. The disciples may not have recognized Jesus because he looked so good!

Whom do you seek? Mary is still locked into her grief. Immediately, Jesus acts to call her out of it. Some early heretics said Jesus did not really die on the cross, but merely swooned, and later recovered to run away with Mary and have children with her. In the text before us this morning, Mary puts the quietus on that nonsense for she does not greet Jesus as her lover or as her husband, but as her teacher. What he had taught her. It was a perfect sacrifice. Mary laid down her life for Jesus little by little, in her faithfulness to Jesus.

And when she watched Jesus nailed to the cross and murdered, she laid down a little of her life. You get the picture. It occurs to me that you and I may never be called upon to lay down our lives for our friends and family as Jesus did, all at once, but all of us can lay down our lives as Mary did, making the hundreds of little sacrifices that make life more bearable for the people around us. Jesus says that in serving them, we are serving him. The last thing that Jesus taught Mary was not about life, but about eternal life.

He was different, but he was the same. She recognized him! There was a continuity between who he was before his death and resurrection and who he was after. Perhaps she saw the print of the nails in his hands. God left those marks of honor and heroism in place. John Or, perhaps she saw a familiar expression on his face. All human beings have a need to be known, even, one supposes, Jesus.

For instance, when I get to heaven and get my new body, I want whiter, stronger teeth, and smaller ears. And I would like to get rid of one or two of my chins. Depending on which Gospel you are reading, St. Andrew was the first apostle called by Christ along with Saint Peter or he went seeking Jesus and after finding Him, went to get his brother Simon Peter. So why is it that Andrew was not one of the three Apostles who were closest to Christ? 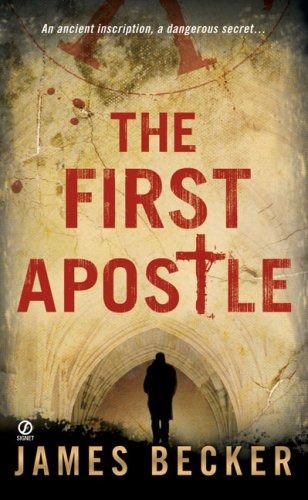 Peter James and John are typically with Jesus for events like the Transfiguration and in the Garden of Gethsemane but Andrew, first of the Apostles, was not. Andrew is not a Hebrew name. It is Greek. We are never told in the Bible that Andrew had another name so it is possible that he took it as a nickname or that his parents were of Greek descent. According to tradition, Andrew founded the see of Byzantium in 38 AD and installed Stachys as the bishop. The Patriarchate of Constantinople still holds Saint Andrew as its patron saint.

Keep in mind that most of the apostles' travel was done on foot or by boat. Saint Andrew, like most of the Apostles, didn't stick around Galilee.


They went all over to spread the Gospel. He also traveled north to Kiev, Novogrod and along the northern shore of the Black Sea. That is why he is the patron saint of Romania, Ukraine and Russia. After he was martyred in 60 AD in Patras, Greece, his body was buried in a monastery there. For a couple of hundred years his remains were undisturbed. In the early 's a monk named Regulus who live in Patras had a dream where an angel told him to hide some of Saint Andrew's bones.


Poor Saint Andrew, whose body would never be in one piece again, had his skull sent back to Patras by Emperor Basil I sometime in the late 's. In , after the crusaders sacked Constantinople, the remaining relics were transferred to Amalfi, Italy where the Cathedral of St. Andrew was built to house a tomb with the relics. In the Ottoman Turks crossed the straight of Corinth on a sightseeing and real estate gathering expedition.

The ulterior motive of the donation was to get the pope to declare crusade against the Turks. The crusade never really got off the ground and the pope died away from the Vatican while trying to get more European countries involved. But at least we have an amazing statue of Saint Andrew in St.