In this way, she caught food when it came to her, and hid from the outside when there was nothing to eat.


Scientists called her Gaius villosus - one of dozens of trapdoor spider species that lived in the vanishing wilderness of the Australian wheat belt. After a year in her burrow, in , she would have felt strange, heavy vibrations on the twigs outside her door. This often meant a predator was trampling around, or a large forager like a kangaroo. This time, though, the vibrations were caused by Barbara York Main, who was standing directly over the burrow.

Main had grown up in the wheat belt, she would tell the Australian Broadcasting Corp. Throughout the 20th century, farming and industrialization had destroyed almost all the wilderness in the region - leaving patches like the North Bungulla Reserve as precious sanctuaries for the tiny species that held her fascination.

Now she was a zoologist with the University of Western Australia. On that day in , she knelt over the burrow, parted the twigs behind the spider's door and fixed a small metal sign into the soil. It was engraved, " And 24 and 30 were her likely sisters. Main spent hours beneath the acacia tree, marking every burrow she could find.


She was building a family tree of Gaius villosus, whose hold on the earth seemed so fragile, and about which humans knew so little. But 20 years was just a guess. Among other things, she would later tell the ABC, "I wanted to know how long the spiders lived. The next years were hard for the spiders. A long, dry summer in wiped out a third of one year's generation, Main wrote.

Hungry quail scratched open nests. A scorpion even invaded one burrow. Still, 16 survived and grew larger, expanding her burrow every year, until it was as wide as a dime, then a quarter, and larger still. Gaius villosus was a resilient species, Main wrote when she published her first major paper on the project, in the Bulletin of the British Arachnological Society in The spiders reattach their doors, sometimes upside down or back-to-front and attach new twig-lines.

She had tagged and mapped villosus burrows by then, all within a few meters of each other, near the edge of the old gravel pit. Main was impressed by how long the spiders seemed to live. Based on her estimates from their tunnel diameters and sporadic observations she had made before the study, she believed two matriarchs were at least 16 years old. Main mentioned spider 16 only in passing in this early paper. She was only 4 years old, and nothing special, yet. One day toward the end of the s, spider 16 made a rare excursion to her front yard. She wove a sort of welcome mat outside her door - a net laced with pheromones, which Main would compare to a tea doily.

Then she went back down and closed the door - waiting this time not for the skittering of prey, but for the knock of a male caller. Main wrote in her paper about the very different lives of male and female villosus spiders.

The males left their burrows as soon as they were sexually mature - around age 6 or so - to go search for doilies and knock on doors. The males never return to their burrows after mating, Main wrote.

They wandered until they died, and all died young. The female, however, went straight back to their burrows after sex. She sealed the door up extra tight with a finely contoured plug, crafted so precisely that it could seal out heat and rainwater, and spent the next year locked inside her home, to lay her eggs and shelter them.

The next autumn, she unsealed the burrow and sent her children off into the world, to live or die as they could. These matriarchs were the secret to villosus spider's success in such an arid environment, Main noted. In their deep bunkers, they could survive droughts and fires on the surface. They could mate every few years, and continually replenish the spider population.

She spun, fed, spun and fed, and probably produced many generations of young. A swarm of grasshoppers raided the plants in , according to a paper in Pacific Conservation Biology. An invasive plant species was spreading from the gravel pit. 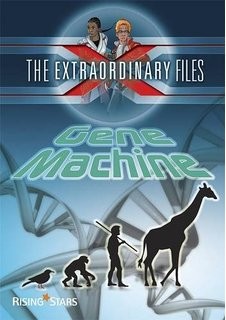 Over the decades, spider 16's mother, siblings and countless cousins and children died. But the family tree kept growing, and each time 16's burrow hole was checked, it looked immaculate as ever. In , an Australian Broadcasting Corp. So Laurie traveled with Main, out to an "an unremarkable bit of scrub" in the wheat belt, and watched her work. When they reached the plaque of spider 16, Laurie was skeptical that it had really been occupied by the same spider for the last four decades. But Main explained that females never left their burrows until they died, and no other spider ever moved in.

Main flipped open the door with a small knife, and through Laurie, 16 was introduced to the world. It was around this time that an undergraduate student, Leanda Mason, began to accompany Main on her excursions to the reserve. To Mason, who was studying to be an ecologist, the reserve looked like an Eden in the blight of industrialized southwest Australia - teeming with species that might not be around much longer.